help me my screen resolution is a solid 2160x1440, sometimes it worked my highscore is 15 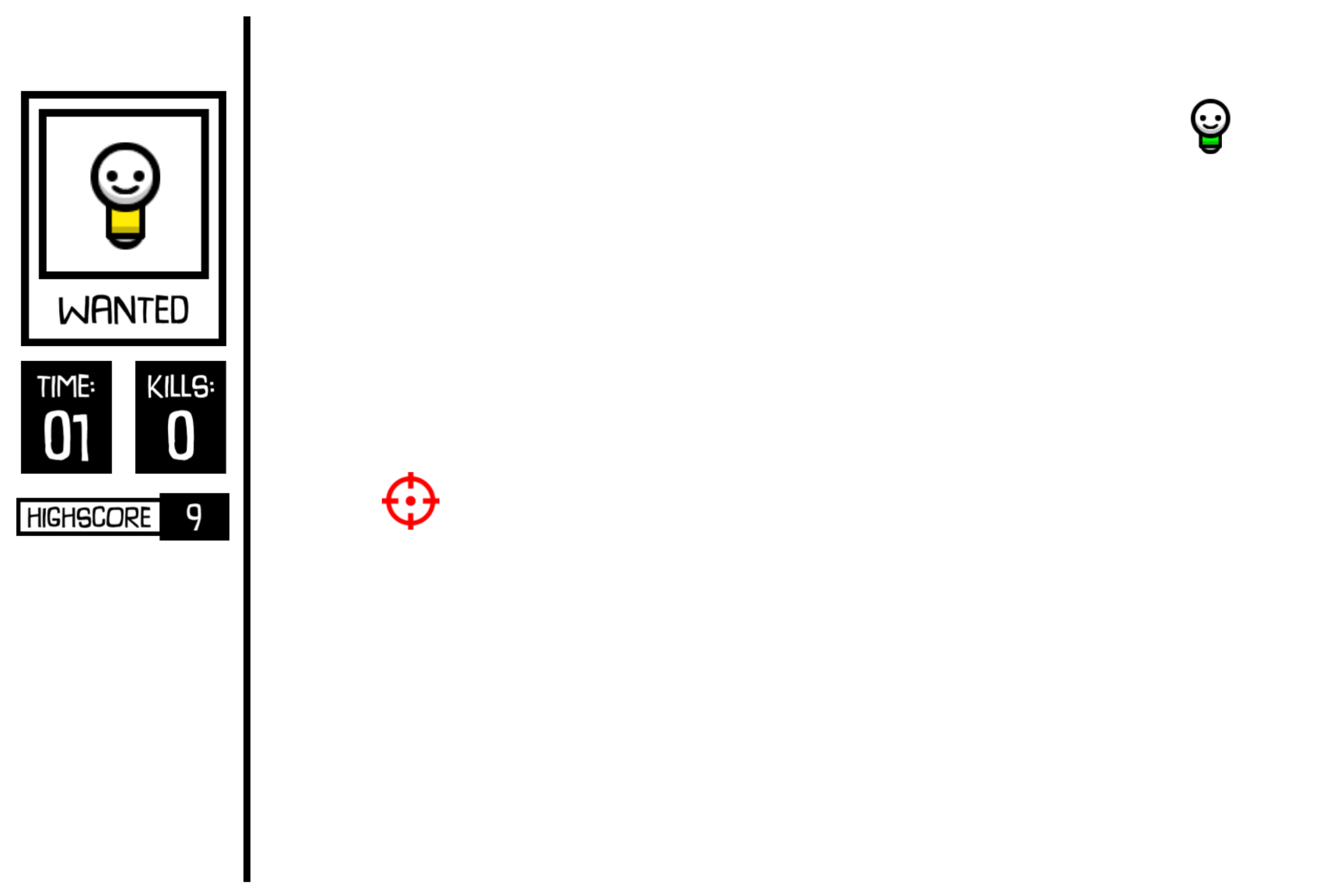 sometimes the outlaw doesnt show up

they are usually just hiding behind one of the other citizens. That is a known issue that I believe they will never have fixed.

i cant tell the difference between green and yellow

2. know that green is darker than yellow

My highscore is 16 as of now

its fun hard but fun

Nice game totally enjoyed it tho the background is kinda blank

Gotta 100 kills and then misscliked...

Wow! This is really fun! :D

Why when i kill somebody wanted i lose?

the game does not run?

Got 157 kills, eyes died so stopped playing smh, tho I don't see why people are saying that the game is hard

This game was literally just "how colorblind are you from a scale form 1 to 10"  But I still really enjoyed it! Great game!

This is really har because im colorblind :/
But still good work

The video says that the game would be hard to play if the player is colorblind, but I'm sure that the colors can be distinguished with every type of colorblindness

Nope, not at all, green and yellow look the same in this.

For me the yellow and green look the same too

I can't tell the difference between the yellow and green :(

this game is really nice! my hand-eye coordination isn't very good so this game's actually kinda helping me lol-- got a highscore of 62 so far ^-^

There Are Some Very RARE Moments Of Rapid Loss.

Man this is a difficult game! Though it was enjoyable and the behind the scenes video was great. It's also nice that the game is quite different from Singled Out, a similar type of game. Something that could be better is that the characters overlap with eachother, making it hard to spot the target.

Very cool game, really enjoyed it. Also like the behind the scenes video. You planning on working more on this game?

A more violent Wheres Wally, exactly what I was looking for.

34 is the best I could get. Very fun game, can't really pick much fault with it.

I guess if I had to then the music is probably a bit out of place and very repetitive, though with a 48h jam game it's hardly fair criticism.

Only other thing would be more variation at later levels since after so many kills when you get the small circle view pretty early on that seems to be the limit in terms of difficulty increase.

Overall very fun and that is what really matters with a game after all.

41 Kills! Very fun game. I like the aesthetic. Great job!

Thanks for the feedback and nice high score!

Thanks! Colorblind accessibility is something I definitely overlooked while working on this game, but after the jam I'll hopefully be able to go back and add more visual distinction between characters (besides just shirt color) so the game can be easily played by people with colorblindness.

I had the same problem, i couldn't get more than 5 when the green was the target :P

I have the same problem x). the game seems cool and all but I can't score more than 2 xD